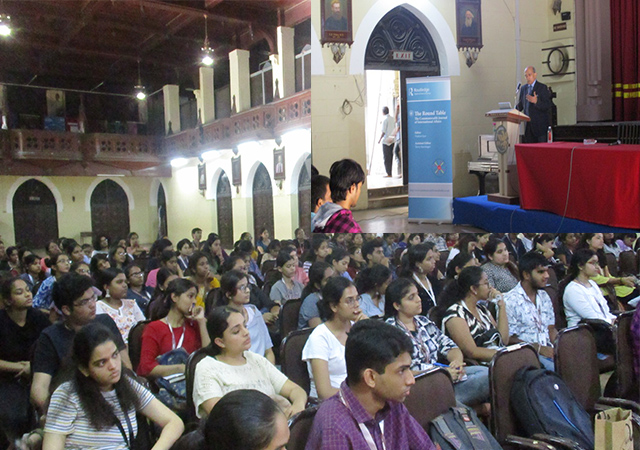 The India chapter of The Round Table organised a lecture at St Xavier’s College, Bombay, on 13 December 2019.

The event, co-sponsored by the Xavier Political Science Association, attracted a substantial audience and coincided with the declaration of the results of the UK General Election held the previous day.

The Editor of The Round Table: The Commonwealth Journal of International Affairs, Dr Venkat Iyer, delivered the lecture on the theme of ‘Brexit: What Next?’.  The lecture was followed by a highly interactive and extended question and answer session which reflected growing interest in India on Brexit and related issues.  Many of those attending also evinced an interest in contributing to the journal.

On Brexit’s “inflated expectations” and the Commonwealth’s “great value”

Brexit: Challenges and Opportunities for Small Countries and Territories

Australia and a Post-Brexit Britain